Iain Roberts was instrumental in bringing China’s national women’s championship to Mission Hills in 2014. The US$550,000 Hyundai China Ladies Open, co-sanctioned by the LPGAs of China and South Korea, was played on the fabled Jack Nicklaus-designed World Cup Course at Mission Hills Shenzhen. The winner turned out to be world No.9 Kim Hyo Joo (pictured), the 19-year-old South Korean sensation who just three months before had become the talk of women’s golf when she broke through for her first Major victory, the Evian Championship in France. 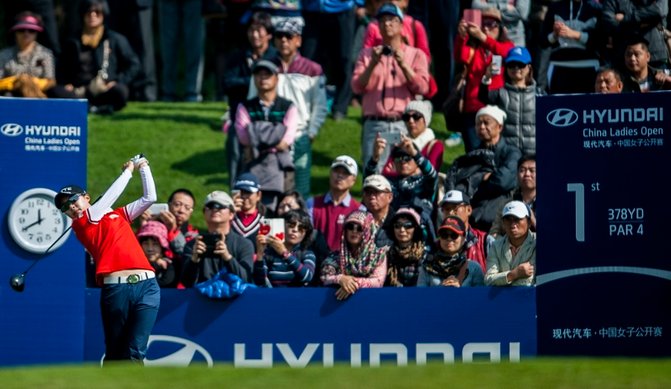