Women players are the future of golf

“As a professional golfer who has been fortunate to travel around the world, I know that golf is a game with global appeal to both men and women. I also know, as a mother of two children, that golf is a wonderful way to share time with family. If golf could make itself more female and family-friendly, there is both an immediate and long-term opportunity to retain and attract many more female golfers and bring their children into the game."

Women’s golf is on the rise globally and this is especially true in Asia, where the success of elite women players from countries such as South Korea, Thailand and China on the LPGA Tour has helped fuel a surge in female participation at grassroots level.

Iain Roberts has a proud record of promoting women’s golf at all levels. He has coached some of the game’s best female players, including two-time Major champion and 15-time LPGA Tour winner Suzann Pettersen. He has staged and managed elite professional women’s tournaments such as the World Ladies Championship and the China Ladies Open. And he has worked with one of the all-time greats, Annika Sörenstam, in promoting her famous Annika Invitational all-girls junior tournament.

“We welcome women players of all ages and abilities,” says Iain. “All our Golf School locations are family-friendly and have equal access and equal opportunity for everyone. As a father, I’m delighted that my own daughter has grown up to become an excellent amateur player who works in the golf industry. At the Iain Roberts Golf School, we understand that greater participation by women players is the key to the future of golf.” 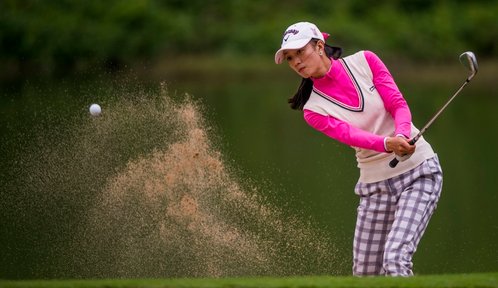