Iain Roberts coached Suzann Pettersen (pictured) – the two-time Major champion and winner of 15 LPGA Tour titles – on a full-time basis for the 2016 LPGA Tour season. This included extended sessions at her base in Orlando, Florida, and during tournaments.

Says Iain: “Suzann was looking for some quick fixes in her game to improve her results in the short term and so I agreed to help. She was a delight to work with – ultra-competitive, always challenging herself and showing a fantastic work ethic. Her results improved and she recorded five top-10 finishes on the LPGA tour in seven months.”

Suzann Pettersen won 15 LPGA Tour titles between 2007 and 2015 including two Majors – the 2007 LPGA Championship and the 2013 Evian Championship. She has played for Team Europe eight times in the Solheim Cup and represented her native Norway in the 2016 Olympics in Rio de Janeiro, where she finished 10th.

Iain also advised Hong Kong’s rising star Tiffany Chan in 2017 as she prepared to make her debut on the LPGA Tour. Tiffany made the cut in nine of her 13 starts on the 2017 Symetra Tour in the US, with four top-10 finishes including a season-best runner-up finish at the Decatur-Forsyth Classic. She then finished runner-up at the 2017 LPGA Final Qualifying Tournament to earn playing rights for the 2018 season. 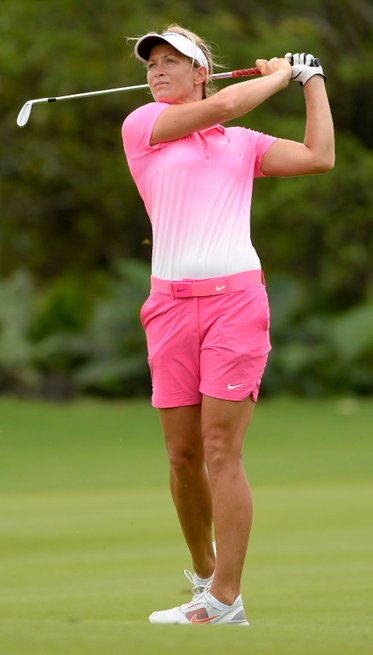