Shortly after joining Mission Hills in China as Group Executive Director in 2011, Iain Roberts approached the Ladies European Tour with the idea of bringing an elite women’s tournament to the club. The result was the prestigious World Ladies Championship, a three-in-one event with trophies on offer for the individual winner, the top team and best junior. Staged at Mission Hills’ luxurious complex in Haikou on the paradise island of Hainan, the tournament attracted some of the world’s top players. The first four champions were all Major winners, beginning with China’s Feng Shanshan in 2012, Norway’s Suzann Pettersen in 2013, South Korea’s Inbee Park the following year and her compatriot So Yeon Ryu (pictured) in 2015. “Not only did the World Ladies Championship bring elite players to Mission Hills, it also gave China’s top junior girls the chance to tee off alongside them. It proved to be one of the most popular events on the Ladies European Tour,” says Iain. 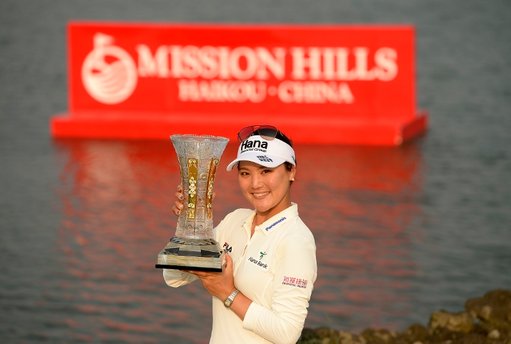